Working on my rolling stock

Past weekend there was a big trainshow here in the Netherlands called "Eurospoor". I was there Saturday and Sunday with friends from a Dutch internet forum called "Beneluxspoor.net". I have several building threats there and these days I demo-ed the building of styrene rolling stock.
This is what I managed to do in ample 2 days: 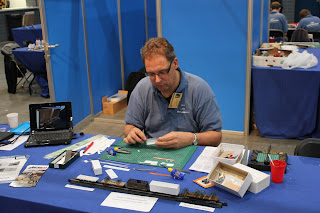 The 3 cars I completely build: 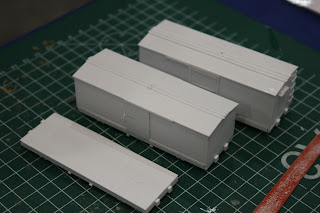 And the cattle car I already build with some other stuff displayed: 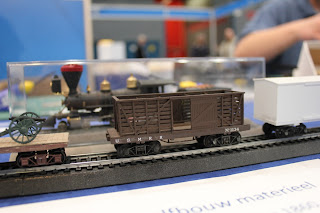 It was very nice and I learned a lot these 2 days off building from scratch. Further I met a good Dutch friend who is very experienced in scratchbuilding with styrene but also with remotering projects. He opted that I could use motors from cdrom or dvdrom drives and that these motors are almost the same as the original Rivarossi motors. He took my 4-4-0 that was on display and took it home to re-motor. At night it was ready and he opted that I would do the rest of my locos (the Rivarossi ones). So thuesday I went to the secondhand store and bought 2 old drives for approx. $7,- . Later at home we (my son and I) took the things apart to harvest the 2 motors in them:
The drives: 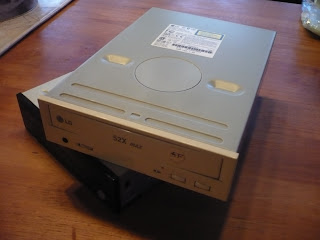 And what we harvested: 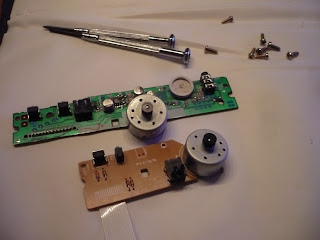 The first motor on its place. Glued with acc and hot glue: 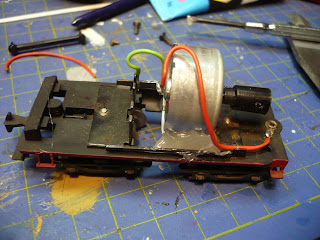 But testing showed that it sat to high in the tenderfloor: 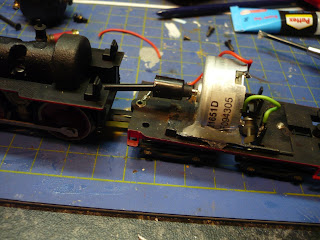 Then I cut a small strip out of the floor and glued the motor in place again: 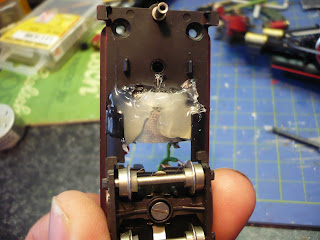 And see; it sits much lower than the first attempt: 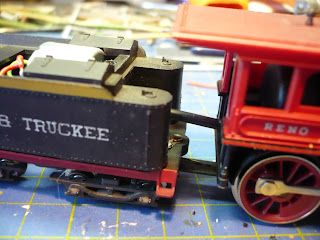 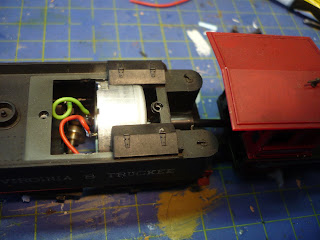 I was very satisfied and made a testrun: http://www.youtube.com/nlron#p/a/u/1/R_uR8QttOEs  And it runs much better then the original. But could it be digitilised? Yes, it could.... I put some 50 grams extra weight in the tender and put a Lenz Silver+ on the bottom.
And it runs good!: http://www.youtube.com/nlron#p/a/u/0/vVUDGt4YEFk  This was untuned and a not cleaned loco. Further tuning is necessary but I'm on the right way I think!
I also did the other painted tender I already had rebuild: 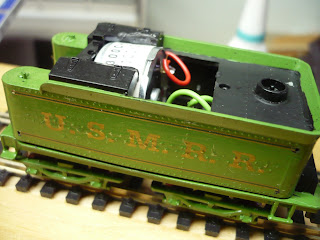