On the internet a found some time ago a nice drawing of a short Confederate railgun: 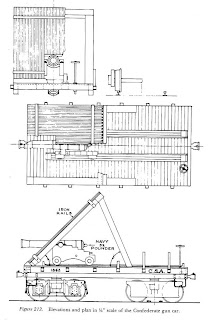 So I strated building on the first too short flatcar. First I made the front frame of the same material as the flatcar, the 6 x 3 mm wood: 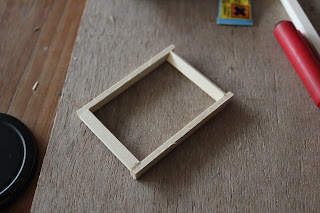 I placed it on the flatcar and glued it on its place. After that I made 2 struts to support the frame: 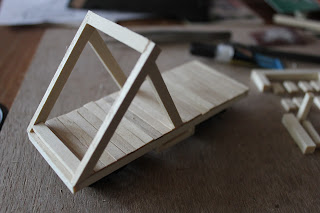 A gun is needed and it is a sort of ship cannon. I have some extra barrels with the Perry kits so I took one of the biggest and made a wooden support frame for it. It starts with a assembled piece of wood: 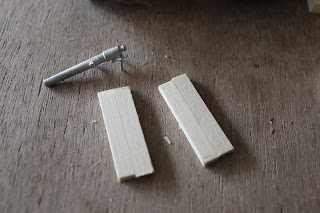 From there I cut out the "look" of the carriage: 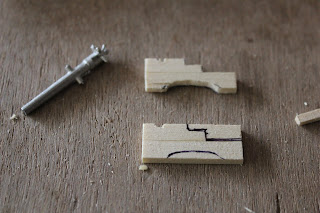 At this point there is a dryfit. It still needs wheels: 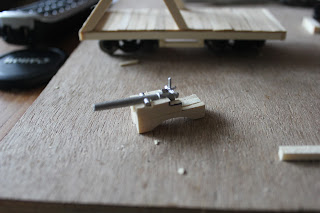 The gun needs a frame to move it on for loading and firing. I made that of a 4 x 4 mm piece of wood: 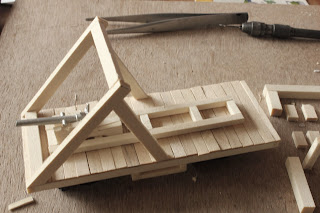 From the same stuff I made a support on boh sides and in the middle. It tilts a little to the front as seen on the drawing: 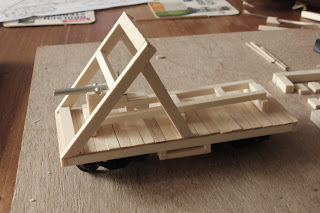 The front piece has iron bars on the drawing but I think these where attached to a deck of planks. So I glued those to the front piece: 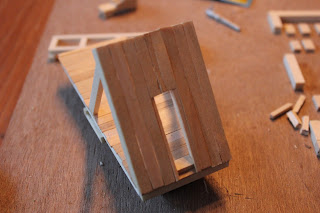 As it looks now, it still needs stake pockets, drawbars and couplers. The iron bars will be made from brass rods I still need to purchase: 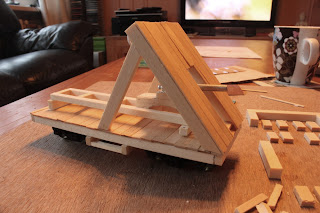