Tonight I did first some trackwork. The last part was layed in place: 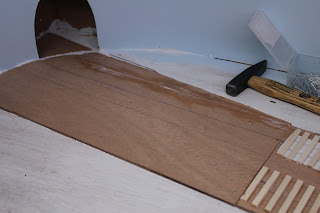 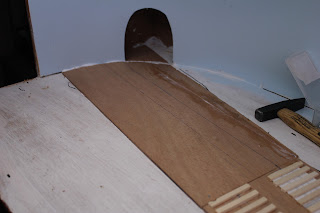 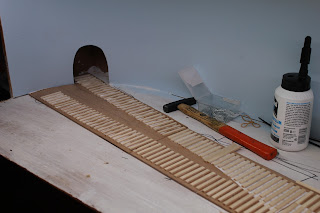 After that I tried a closed car. I already had a undercarriage build zo I started the framing out of 4 x 4 mm wood: 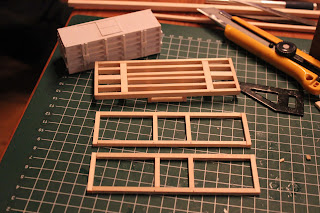 Put the frames together. See the example in H0, I measured from that one (build it 2010): 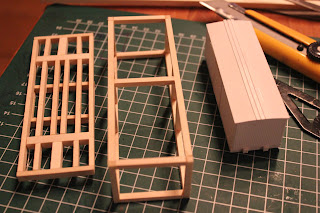 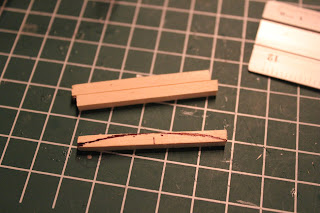 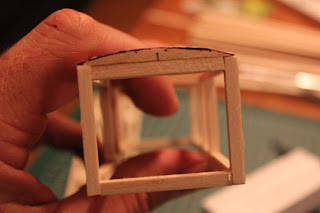 Loose on the undercarriage: 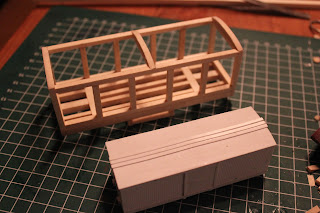 And with the other stuff.It looks too short, next one will be 4 scale feet longer (28 instead of 24): 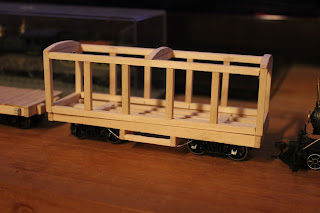 All in one line: 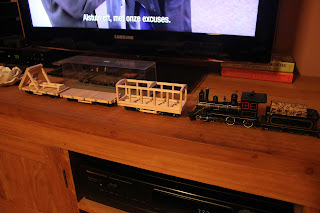