Well, building is on the way now. As I originally planned for a H0 layout this one is a little off-track. But the plans are still there. This one will be finished end of February 2013 and will be on OntraXS 2013 and the war exhibition in the Dutch Railway Museum that will be hold from April till June, July 2013.
After that I will give myself some air and time to build a new layout for the road. This time a minimum of 2 years is necessary to not overload myself. Maybe a new ACW layout in 2015 when the war is in its last year 150 years later. But a year more is also good for me.

That layout will be H0 and most likely one of the first ideas I had; City Point, VA. That is one of the most intrigating parts of the American Civil War. How and what is still unknown but it will be a big portable layout, bigger than I ever build before. 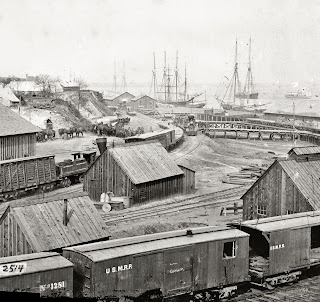 Now full speed for the 1:55n3 one. It gives me a lot of fun this time. Coming week I want to start flatcar building and also a little track.